Become a web developer in 24 weeks

Benefit from a wide range of career services to position you for success through graduation and beyond.

Build a portfolio of web applications to showcase your knowledge.

Study part-time while maintaining your work schedule.
*The material covered in this course is subject to change due to market demand.

Web development is one of the fastest-growing careers in today’s economy. ICT workforce in Australia is expected to grow significantly, reaching 722,000 workers by 2022*. The University of Adelaide Coding Boot Camp was designed to help students develop the skills and professional network needed to capitalise on this high demand.

*Source: Australia’s Digital pulse report 2017
What you will learn
What graduates receive
About the University of Adelaide 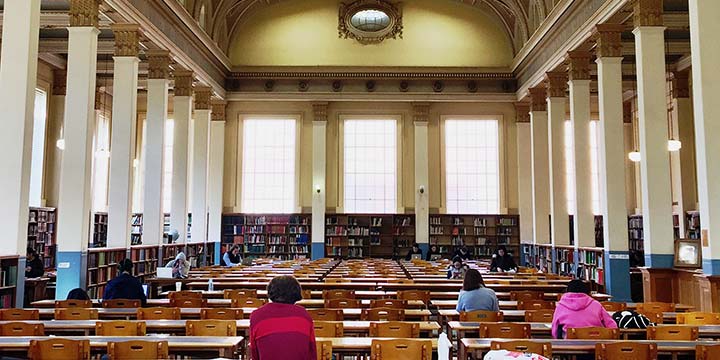 The University of Adelaide is a world-class research and higher education institution situated in the heart of one of the world’s top 10 most liveable cities. Founded in 1874, we’re Australia’s third oldest university and consistently rank among the world’s elite—in the top one percent globally and number one in South Australia.

Our reputation for excellence and breaking new ground has been forged by a continuous stream of exceptional people. We proudly count among our distinguished alumni: five Nobel Laureates; more than 120 Fulbright Scholars; and over 100 Rhodes Scholars, including two female Indigenous Australian recipients. Australia’s first female prime minister and Supreme Court judge were also University of Adelaide graduates.

Today, our vibrant high-achieving culture continues to attract some of the world’s best and brightest—academic leaders from all corners of the globe and students from more than 90 countries.

The Coding Boot Camp is offered through The University of Adelaide in partnership with Trilogy Education Services (Australia) Pty Ltd., a 2U, Inc. brand.

About Trilogy Education Services
Trilogy Education is a workforce accelerator that empowers the world’s leading universities to prepare professionals for high-growth careers in the digital economy. Thousands of people around the globe have completed Trilogy-powered programs, and more than 2,000 companies—including 50% of the Fortune 100—employ them.

What are the dates of the program?

Can I keep working while studying at the University of Adelaide Coding Boot Camp?

How long is the course?

Do you provide career planning support?

Do I need to have previous experience in programming before enrolling?

What sets your boot camp apart from others I can join in Adelaide or elsewhere?

How many hours a week is the program?

What are the requirements to complete the program?

What is the tuition fee?

What are the payment options?

What are the computer requirements?

What are the entry requirements?

Is the program accredited?